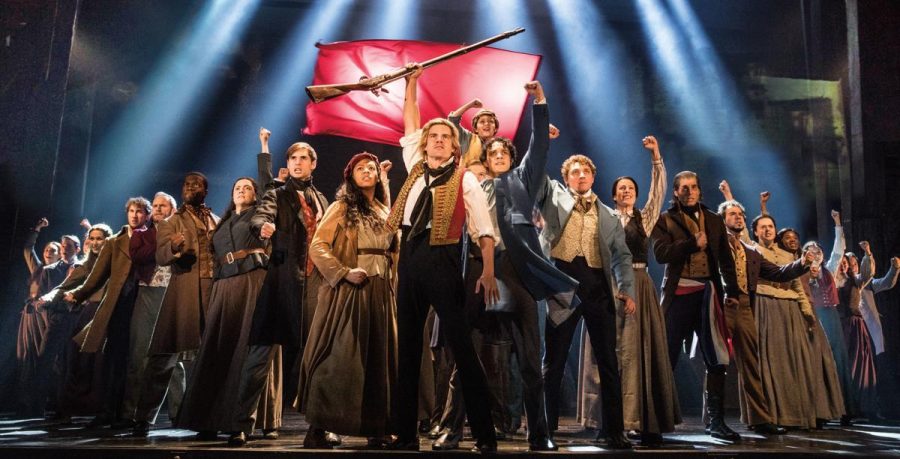 The moment the opening number of Les Misérables started playing, I knew this show was going to hit different than any of the other ones I’ve seen.

The first time I ever watched Les Misérables, I was a crying mess in the middle of French class. I didn’t realize that the musical was so sad.

Fast forward three years later, the tour for Les Misérables to coming to Omaha! The tour was here from January 14th to January 19th at the Orpheum Theater, performing at least six shows in front of thousands of people.

This show is really hard to do well, and this tour did it really well. The whole show is full of singing, no one ever has a talking conversation. The set pieces for this show are huge too. Most of them are taller than the people on stage.

Another aspect of the show that I was really impressed about is the sound and lighting. With one of the main plot points of Les Misérables being the French Revolution, there is a lot of guns, canons, and fighting throughout the show. The best way to show this kind of stuff without actually bringing it on stage is through the sounds and lights. Every single gunshot was clearly heard and seen during the show. The spotlights would fly in every direction during fight, making the scene look so dramatic. The visual effects for the sewers and bridge were so smooth. It was so amazing to watch.

By the end of the show, I could hear everyone crying their eyes out and sniffling in their seats. The end of Les Misérables definitely hits different when watching it live.

There are only good things I can say about the show, except for the fact that the musical is about three hours long. In the future, I would definitely love to see the show again and I would highly suggest seeing it if it ever comes to Omaha again.