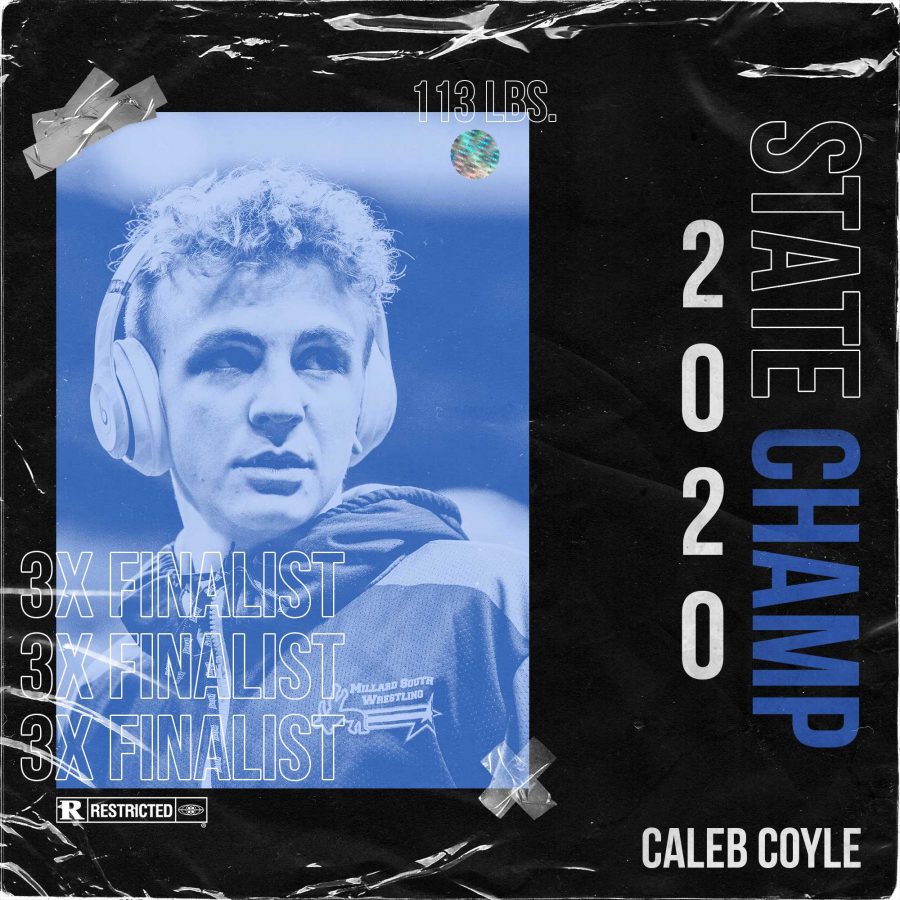 Caleb Coyle, a junior wrestler for the Patriots has had many successes when it comes to wrestling, especially thus far in his high school career. Caleb Coyle was a finalist in the 2018 and 2019 State Tournament, but fell short both years to end as a state runner up.

“Caleb has been a three year finalist,” head coach Nate Olson said. “Last year I think he should have won by an escape but they never gave it to him. He put in a lot of work in the off-season, always doing Freestyle and Greco and he goes up to Fargo where he was a double All American. He has really been working on his takedowns and it really showed in the final match against Baustert where he held off a few takedown attempts. Once he gets through the overtime periods with top and bottom, he never gets rode out by anybody so I felt pretty confident.”

Although Coyle faced losses the last two years in the finals, this year was different. Entering the State Tournament, Caleb Coyle had a record of 41 wins with only 2 losses, and was ranked 4th in the 113-pound weight class. Showing domination over his first two opponents in the state tournament was exactly what Coyle showed up to do. For his semifinal match, Coyle had number 1 ranked Kearney wrestler, sophomore Archer Heelan. Heelan was 38-8 entering the tournament. Coyle showed Heelan what it is like to wrestle as a Patriot by getting the win over the Kearney wrestler and making it to the finals for the 3rd year in a row. In the finals this year, Coyle had Lincoln East wrestler Brandon Baustert. Baustert was 39-5 entering the tournament. The two wrestlers went at it and wrestled to the ultimate tie-breaker, where Coyle ended with the 3-2 win to capture his first ever state tournament title.

“At the beginning of the tournament, I just thought one match at a time,” Coyle said.  I was on the side of the bracket that had 4 of the top 5 guys including the number 1 ranked kid in the state. I believed I was the best in the bracket and I just had to wrestle my match and always trust my hard work. Going into the state finals, I was wrestling an opponent who I was 0-3 against in the past 2 years. My coaches, my family, and my teammates knew I could beat him and they reminded me of that every day. I believed in myself and was not letting my supporters down,” responded Coyle.