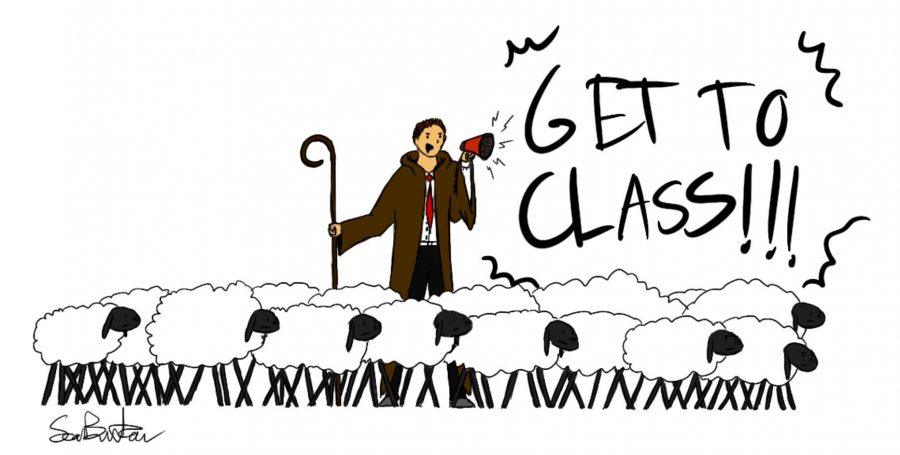 The color coded bathroom passes were created with the idea that if a student is wandering around with a colored bathroom pass not in the correct area, then a teacher can easily notice and make sure the students go back to class. While this was a good idea, there are many things that weren’t taken into consideration. One complication would be that teachers aren’t just wandering the hallways and they are not always on the lookout for the correct colored bathroom pass. They are either teaching a class, or maybe having a planning period, but they are usually in their room, not out in the hallway checking the colored passes.

Another thing that was not thought of was if the bathroom is beyond packed, should a student wait it out and get reprimanded about taking a long time in the bathroom or should they travel to the next closest bathroom and get yelled at about being in the wrong colored bathroom? And doesn’t the whole idea of color coded bathrooms seem a bit juvenile? Just the idea of administrators and teachers giving us a colored pass that resonates with a color coded bathroom seem very elementary? Do they not trust us enough to treat us like high schools, but to treat us like young elementary students?

The color coded bathroom passes have been implemented for about 2 weeks now, and it has left us wondering if they have worked at all. I think that it has definitely made people more cautious when going to the bathroom, making them double check that they are going to the right bathroom. But I don’t think it’s stopping people from going to whatever bathroom they please and staying there for awhile. So far, I have witnessed three separate encounters where as I was leaving the bathroom, someone was entering with a different colored pass. So I would say that these color coded passes do not stop people from wandering into different bathrooms to hang out with friends.

Another measure that the school has taken into effect is the dreaded hallway sweeps. Administrators are taking to the hallways to monitor students leaving classrooms and to make sure that they are not wandering around the school. The hallway sweeps are a good idea, in theory. While it’s important to watch the students and to make sure that they do not wander, it feels as though we are being watched. That if we step outside the classroom and into the hallways, we will instantly be questioned about where we are going and why are we going there. We will begin to feel cross examined and may even act out if we feel like we are being treated unfairly.

The last thing that administrators are doing to stop wandering students is that they are hiring new paras to watch students on Monday morning. Due to Monday morning being the time for meetings for all teachers, there are no leftover teachers to watch the students in the cafeteria or around the school. Some students get to school early on Monday due to their parents driving schedule or other reasons, and they are experiencing no adult supervision.  So the school has decided that they need to hire new paras to watch over and supervise the students around the school while teachers are in meetings. This also seems very juvenile to me. Why can’t we, high schoolers, be on our own for thirty minutes? Are we not trusted enough to behave for only thirty minutes? Surely we are more responsible than they are making us out to be.

The new paras on Monday morning have not started yet, so we don’t know how effective it will be. But considering that we have been unsupervised thus far, I don’t think the new paras will be effective, but rather a waste of time.

In the end, all the new measures that the school has taken to stop wandering students haven’t really helped stop wanderers. All it does is make us feel untrusted and unrespected in this school.