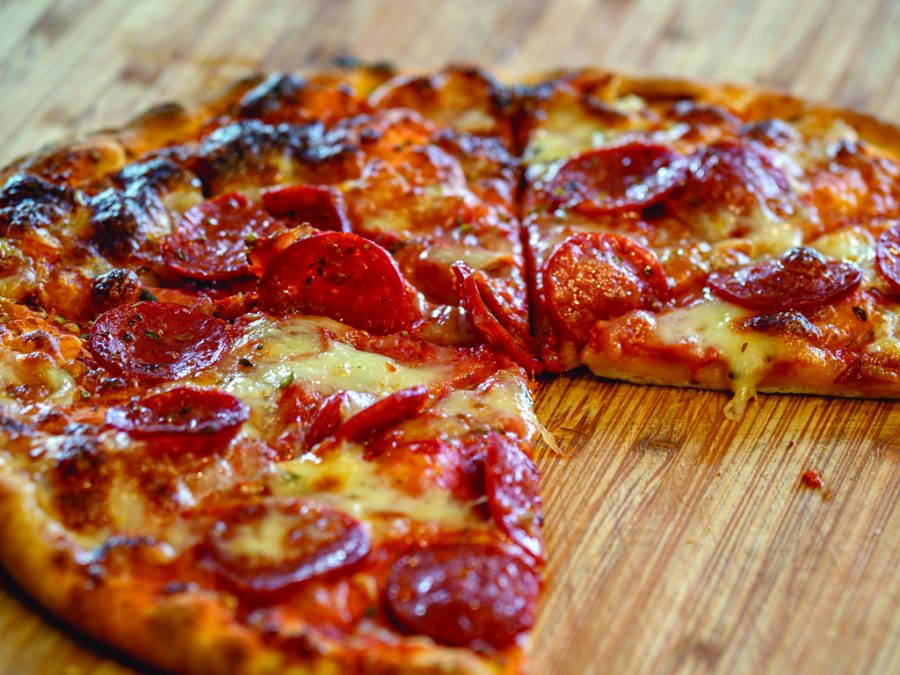 Pepperoni is America’s most beloved pizza topping. What would happen if you could no longer go to your favorite pizza joint and order a pepperoni pie? Would you suck it up and get your second favorite topping? Or would you travel across the city to find a pepperoni pizza? Covid-19 has caused many shortages in the past few months from toilet paper to chicken to coins, but now has taken the best pizza topping, pepperoni. The pandemic has caused lots of people to stay home and turn to comfort foods during this stressful time. There has been an increased demand in the pizza industry. Dominoes saw a 16.1% increase in sales in the first quarter of the year and Papa Johns noticed they were selling more.

Pork processing plants have had to let people go to adhere to social guidelines and have to overwork their staff with the increased demand of pizza. Other plants have had to shut down due to an outbreak in their facility which stopped production for a few weeks. While some are struggling to keep employees due to the work being labor intensive and not making enough money. These companies have had to send their meat to other companies to be further processed. This struggle has caused distributing companies to raise their prices by $2 per pound. Small companies are struggling between losing profit or charging their customers more and risking losing their business. Small shops are having to switch pepperoni distributors due to them not having enough pepperoni to go around, after they have been loyal to them for many years. Large companies like Dominoes, Pizza Hut, Little Caesars, and Papa Johns sign contracts with meat processing companies to ensure they will have enough supply and the cost stays the same. You might be able to consider Papa Johns greedy with their newer pizza, the Shaq-a-Roni. This pizza is an extra-large, or 16-in, pizza that has 66 pepperonis on each pie.

Most of your favorite pizza places are not going anywhere. At La Casa Pizzeria there has been no loss of pizza toppings due to the pepperoni shortage according to Grayson Brummer. While everyone would love to have pepperoni on their pizza they would rather eat their second favorite topping rather than giving up pizza all together.

Senior Taylor Hollibaugh says her second option would be a classic cheese pizza. While others like seniors Grayce Dutcher and Max Thompson say they would prefer hamburger, although senior Zoe Jensen-Pickett said she would much rather eat a combo pie.