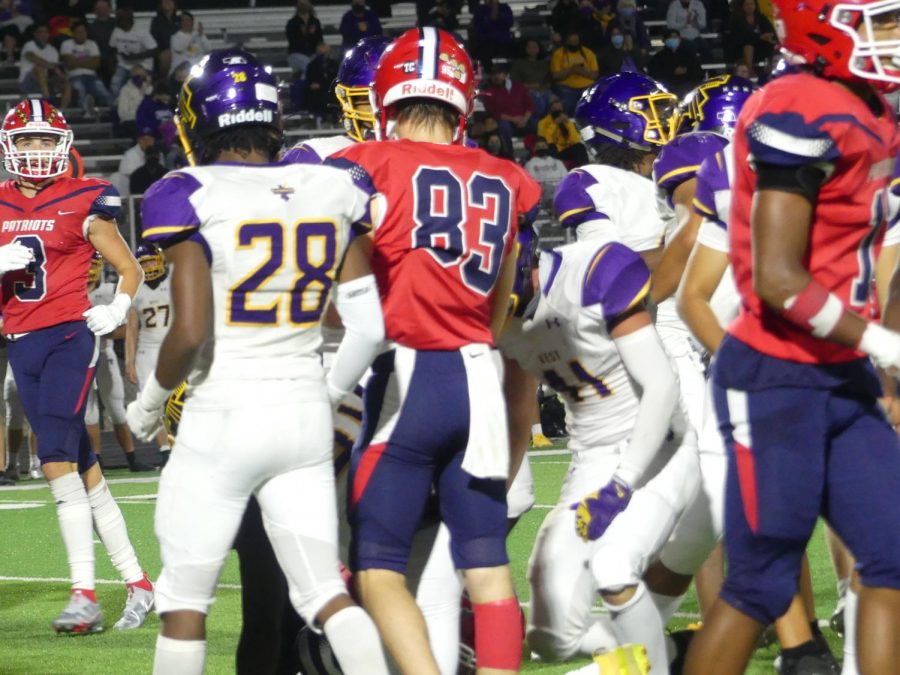 “I’ve been playing football since I was in kindergarten,” said Kilcoin. “I think I started playing football because my parents were tired of having me run around the house all the time. It gave me a way to put my energy into something else.”

“[For Millard South,] I was on the freshman A team,” said Hale. “My sophomore year, I rotated between varsity, JV, and reserve. Junior year I was on JV and varsity, and I’m on varsity this year.”

“I think just the competition [motivates me],” said Kilcoin. “Just my drive to be the best on the field and not let anyone else outwork me. And hopefully to get a scholarship to play college football somewhere.”

Not only does Hale’s strive for excellence motivate him; his Millard South family plays a part in that too.

“My teammates also help motivate me a lot; they keep me focused in the game, help me block out the crowd and get tunnel vision on what I have to do,” said Hale. “And my coaches are always telling me what to do.”

“My favorite thing about football: I like to hit kids,” said Kilcoin. “I like competition and having the chance to release any energy and anger out onto the field. You can’t do that normally without getting into a bit of trouble.”

When asked about knowing what to do on the field, Hale said, “It’s just practice, a lot of muscle memory. Just going through the same drills during practice, running the same routes over and over again until they are engraved into my brain. It starts to become almost second nature; I know exactly what to do and where to go.”

He also said, “I think my favorite part of the team is our togetherness. Like how even if you’re an underclassman, you’re welcome to the team. Everyone gets along. It’s just like a family.”

Kilcoin feels very blessed to be a part of an amazing program.

“Honestly, it’s such a great experience,” said Hale. “Just to be able to be on a winning program, it’s a great experience. To have the chance to go down and play in Lincoln [where the state game is held] this year if we make it that far, and to win almost every game; beating Millard West and Millard North. There’s never a down moment in the year.”