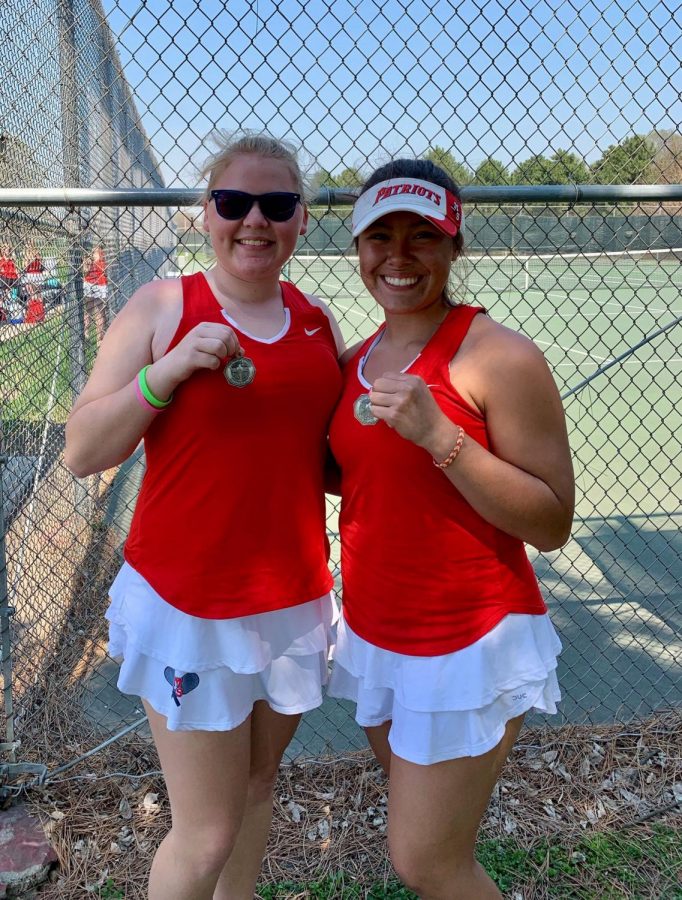 “I’ve been playing tennis for probably more than 5 years,” said Freeman. “I actually started playing because my mom made me do it.”

Callie has become one of the most valued players on the Patriot tennis team, playing both singles and doubles, all as a junior.

“I play an equal amount of both,” she said. “I like singles better because if you get mad at yourself, you don’t get mad at another person.”

And when she does “get mad at” herself “for a bad serve or shot,” Callie recovers with the support and motivation from people like her “coach and teammates.”

“The people, the atmosphere, and really just playing with the girls in general,” Freeman said. “Everyone is just super nice and positive. No one’s mean or negative towards everyone, and there’s no drama.”

Some of Callie’s favorite memories are “playing doubles with my doubles partner, Damaris [Cuevas].” She said, “She was really fun to play with.”

Callie has become the player she is today with the help from her teammates and coaches, especially “Coach Bobby.”

“He’s helped me a lot with improving my forehand and serves,” said Callie. “He gives good advice and motivation when I play matches.”

We are very excited to see Callie’s improvement this season as she and the team finally gets the chance to play again! Good luck this season!