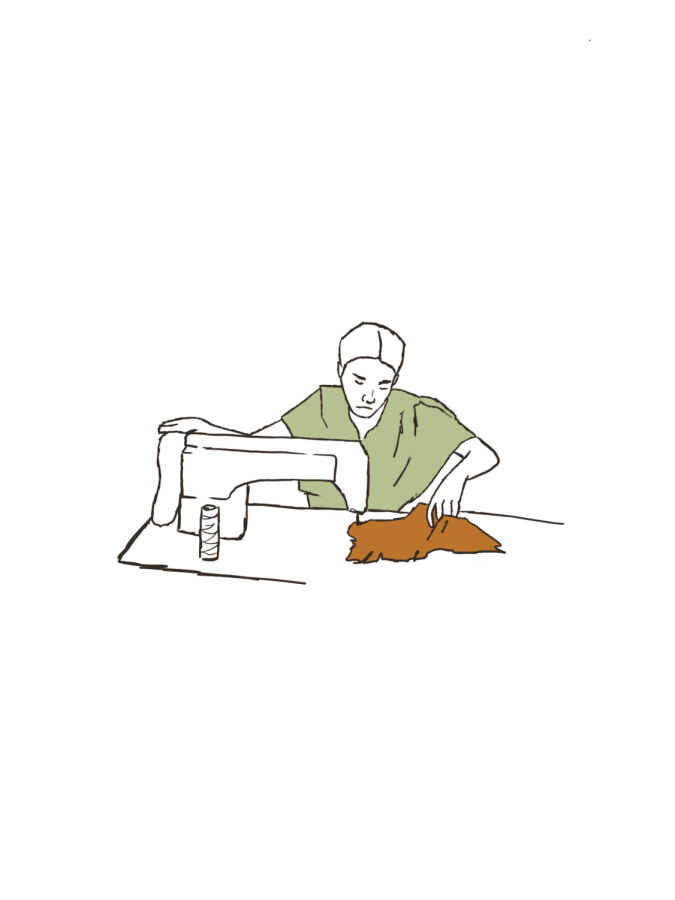 Donations Go from Goodwill to Landfill

From a series on conscious consumerism

With over 3,300 stores between just the US and Canada, it’s entirely likely you have some childhood memories of following your mom into Goodwill. You probably strolled right down the isles, surprised by the sheer amount of varied items available to toss into your cart. The crazy part, though, happened on your next trip, when you discovered an entirely different store of clothing, toys, and knicknacks to be found– it was magical, I’m sure. With the rate at which thrift stores and donation centers like Goodwill are able to pump out and sell clothes, it seems easy to assume they must be utilizing all these donations to the highest level, right? Well, not exactly.

As a Goodwill employee myself, I can’t pretend the process from the donation door to the racks at your local Goodwill is some speedy little set of steps. The average thrifter would assume they can donate a bag of clothes, and see those pieces on the sales floor not long after. This isn’t always the case, though.

The “process” often becomes a journey. The bag of clothes may start off as a donation right here in Millard, and somehow end up on the other side of the state. Goodwill’s clothing (softlines) process includes sorting through the clothes, selling some of what’s worth keeping, and sending the rest of the good stuff back to the warehouse to get sent off to other stores. But what happens to the clothing that doesn’t get sold?

Similarly, what makes it to the floor and doesn’t sell after a certain amount of time will get another shelf life at a Goodwill Outlet. Here, they’re able to sell this clothing by the pound, which heavily encourages the hardcore thrifters driving out to avoid any further processes by that much longer. Unfortunately, plenty of the remaining clothing either doesn’t meet standards to make it to the Outlet, or doesn’t sell after getting there, leading to the (potentially) final send off: textile recyclers. These organizations allow for an average 45% of the clothing sent off to still get resold into the US used clothing industry, or sent overseas into markets with higher demand. Even that isn’t ideal though, as reselling only encourages the cycle to continue, and utilizing foreign markets severely hinders their textile industries, robbing locals of these jobs. The devastating impact this can have on the economies of these third-world countries is little-known, but huge nonetheless.

What these textile recycling places can’t resell ultimately gets “salvaged.” When the softlines get used in new ways; like ripping the clothing apart for fibers to be used in furniture, or cutting the pieces into rags for industrial use. At least, most of it ends up there. Five percent of the clothing that makes it to the donation center will jump through all these hoops and still end up in landfills. Goodwill’s hand is forced, contributing to the huge amount of clothing sent to landfills each year, sim ply because they can’t get rid of it all quick enough. In 2017, a combined 11,150 tons of clothing and linens ended up in landfills. While Goodwill may have only been a small percent of that massive 22.3 million pound problem, it all adds up quickly. This is due to the overconsumption that resulted from fast fashion’s fittingly-speedy take over of the world’s markets.

After seeing all the complications in the process and possibly feeling partially at fault, you may be asking yourself: “How can I help lessen my impact? Should I even be donating my clothes at all anymore?” The answer really is simpler than you’re likely thinking: just don’t buy as much. If you avoid making unnecessary clothing purchases, you’re saving yourself and the planet the trouble of trying to toss it later. That’s not to say you should feel guilty anytime you wanna go shopping for something new, but you’ve got to remain environmentally conscious, and be honest with yourself. Is that shirt going to offer you years of wear down the line, or did it just fit the trend you wanted to emulate for a month? It sounds pretty ridiculous, but with the means of purchasing clothing becoming so quick, easy, cheap, and universally available, the waste adds up quickly to become an astonishingly big issue.