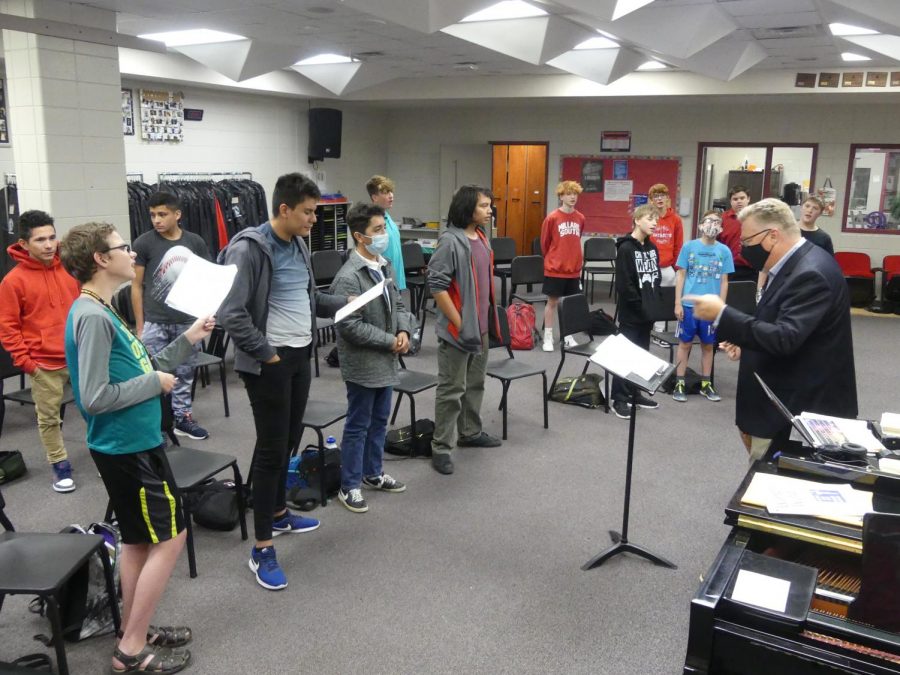 It’s easy to see when you walk into the music commons that girls outnumber guys. It’s always been like that. Numbers will fluctuate from year to year, but there’s a problem growing through the grades. The number of guys participating in music has been decreasing over time, and the problem is only getting worse.

Choir director Jason Stevens said, “Pre-covid, the few years leading up to it, the numbers [of boys] were going up. We had more guys in Macho Voce, some of the highest numbers we’ve seen in quite a while, but there’s a trend coming our way even pre covid. Normally pretty constant [numbers] but now definitely a big change” in middle school involvement.

From choir to orchestra to drama, these programs are getting fewer guys as years pass. With a more uneven ratio
developing, the music department will have to submit to changes in their programs. Directors of the department are trying new efforts to involve more students in the music department. The only way to fix this problem is to understand the underlying reasons why guys choose to stay out of music. A clear issue is that guys get
judged for being in female-associated things. Another big reason Stevens says is that they already have other involvements and don’t have time for choir. If they don’t get engaged in middle school they’re less likely to join in high school.

Music directors say they have already noticed this trend grow and are making efforts to prevent it from worsening. Stevens announced his plan for additional middle school recruitment. This plan involves taking high school choir guys and visiting middle school guys involved in choir or not and talking to them about what high school choirs really like.

“We want them to see what the possibilities are in high school,” Stevens says.

By reaching out to more of the middle school population, he says he hopes to find more guys interested in music that hasn’t explored it yet. In the past, high school guys who aren’t in music have attended a music performance such
as a show choir or jazz concert and decided to join music just to be in those programs. Visiting the middle schoolers and showing them these groups may get them to join music earlier. Other music classes are also focused on recruiting. Orchestra recruitment is more difficult to do later on, because the skills needed for the high school level take years to develop. Instead, Dr. Brittany Rom visits elementary-aged kids and shows them media of how exciting orchestra can be. By showing more examples of male violinists she says she hopes to show elementary-aged boys that it’s cool to play an instrument. It gives the kid’s role models early on in their music ventures and shows them all the possibilities music has.

Elementary and middle school recruitment has always brought more kids into the program, but the underlying issue remains. Without acknowledging it, society has placed gender labels on music. Bigger instruments with lower notes are perceived as more masculine. While smaller instruments with higher notes tend to be more feminine. In the band, the bigger brass instruments are mostly played by guys while there are few guys in the woodwind section. Basses and cellos in the orchestra are male-dominated while you see fewer male violin players. This bias also affects the music as a whole. The amount of female engagement in the arts has been developing since the early 19th century and has caused society to rethink the way music is perceived. When labels are placed on objects or activities, it creates barriers.

From the male point of view, they’ve noticed the problem but are not that disconcerted over it. Most of them had similar responses when asked about the uneven distribution.

“I do usually feel outnumbered by girls in choir, but I don’t really mind it all that much,” senior Joey Kaipust says.

Similar opinions followed, “I guess I do feel outnumbered, but it’s not a bad thing,“ senior Torin Edwards said. “I don’t think it’s the girls that make music less approachable but more that other guys think it is uncool to participate in music,” he said. 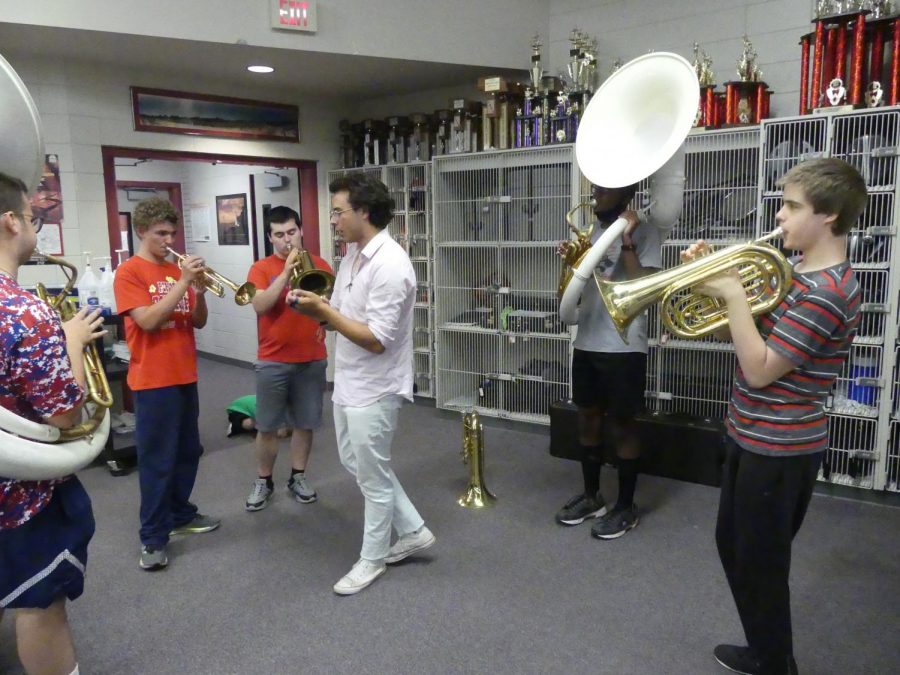 The band room is filled with a multitude of sounds during A2. A group of students playing “Go Big Red” on the sousaphone, baritone, and trumpet; another group playing the xylophone or hitting drum pads, and a pair of students playing clarinets. All together it makes sound, a united sound.

United Sound is a new class to the music department and it was created for our Alternate Curriculum Program (ACP) students, who are considered the New Musicians. The class is overseen by the band director, Darren Myers; and ACP teacher, Leigh Beltzer; but is student led by Peer Mentors who are current band, orchestra, and choir students.

“One of my favorite parts of the class so far has been seeing the student mentors interact with their peers and not being afraid to do so,” Myers said. “Another is seeing the New Musicians’ faces when they find out they can do something completely new!” Beltzer explained that “So often, we under-estimate our students with varying abilities. We have seen, through Unified sports and activities, that our students are capable of so much more!”

Millard South has started the first United Sound chapter in Nebraska. Traditionally, this is offered as an extracurricular activity, but our teachers were determined to offer this as an elective for our ACP students. The national organization, also under the name of United Sound, created a curriculum that teaches music using picture symbols and other methods. This bridged the gap between general band curriculum and special education.

New Musician, Jerome Woolridge, said that “My favorite part of class has been learning the tuba. I really like playing “Go Big Red” with my friends.”

“I’ve learned that no matter what kind of day it is, there’s never a dull moment and there’s always time for uplifting and fun,” chapter president and peer mentor Kylynn Schiermeyer said. “Not one challenge stops them. We’re always having a blast and growing daily,” she said.

The mission of United Sound is to remove barriers and foster social change through music, and it is doing just that. This is only the beginning for United Sound; Darren Myers explains it best when he said, “The Mentors and the New Musicians will all be better because of this class…. and so will I.”